How Pivot Shower Doors Improve Your Bathroom in Subtle Ways 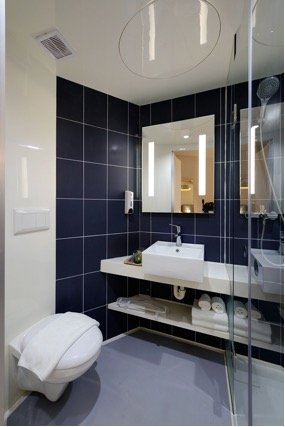 Adding a degree of class to your bathroom can be a difficult thing to achieve. After all, making the transformation from a simple bathroom to a calm and meditative space for you to lose yourself in is much easier said than done. You can think of major changes to your bathroom space, but more often than not homeowners tend to overdo it. Even worse, these kinds of redesign choices require a lot of money, so there’s plenty of risk involved.

This is why it’s important to instead focus on improving your bathroom in subtle ways. Instead of thinking about grand redesigns that will transform the look of the area entirely, you can ask yourself what exactly you can do to change the look without reinventing the wheel. One of the best ways you can do this is by adding a pivot door to your shower.

When it comes to the look of bathrooms, less is always more

Some of the very best designed bathrooms out there often look so spacious when compared to less aesthetically pleasing ones. We want our bathroom to be as inviting as it can possibly be. If it happens to be cluttered with too many things, then you won’t really be able to focus on feeling better as you bathe or do anything else. You’ll end up feeling a little frustrated, but you won’t know why. This is how important subtle changes can be.

For example, most pivot doors used for showers tend to be frame-less as well as made of glass. This is often done so you won’t really notice right away that it’s there – just enough that you know to open it when you’re about to use the shower.

An easy solution for the uneasy mind

For anyone who can’t seem to shake off the day’s stress, a shower door could be just what you need. Being inside the shower and closing the pivot door allows you to not only feel safe and secure, but there’s no feeling of being boxed in because it’s made of glass. It’s a wonderful way to enjoy your shower and reflect on the day’s events.

There are many different types of pivot shower doors to choose from as well, so you won’t feel like you’re being forced to choose only one type. You’ll be surprised at how much they improve the look of even a smaller bathroom, giving it a sense of class that wasn’t there before. Utilising shower doors is something that every homeowner should consider, because the impact that it can have on your bathroom’s overall look can be stunning, all the while maintaining a subtlety that will make anyone feel right at home.